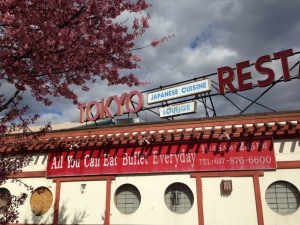 Here are minutes of the FPRA’s April 14th public meeting held at the Tobin School.

FPRA Flood Study Committee member Alison Field-Juma gave an overview of the March 17th CCVA public presentation by the City and consultants and showed some of the slides. Sobering projections were, in general, that extreme heat events are likely to increase as well as more frequent and severe precipitation and flooding events, greatly impacting areas of Fresh Pond/Concord-Alewife among other areas of Cambridge. Consultants and City staff will use the assessment data to develop a preparedness and resilience plan to deal with climate change. This phase will begin this summer and be completed over next 2-3 years. It’s understood that project leaders will be meeting with smaller groups of people in coming months to get more in-depth thinking from residents about implications of the assessment. Website for the March 17th CCVA presentation: http://www.cambridgema.gov/CDD/Projects/Climate/~/media/21301A9065C04B7B8CE6FF2BC7F210E2.ashx.

Air Traffic Noise Mitigation: Adriana Poole of Belmont, representing the “Boston West Fair Skies” coalition, spoke briefly about their mission and encouraged Cambridge residents to volunteer to join their group. “Fair Skies” is an advocacy group started by residents of Belmont that has expanded to include Arlington, Cambridge and Watertown residents who are impacted by noise from Logan Airport since the opening of a new runway (“33L”) in 2013 and switched to a new GPS-based navigation system (“RNAV”). Their “mission is to create one group with a common goal…. to advocate for more fair distribution of airplane noise.” She also mentioned more fair distribution of possible pollution from jet exhaust. The benefits of the new navigation system per officials include increased safety and fuel efficiency. The “33L RNAV” system, though, makes the flight corridors very narrow, and on days with predominantly northwestern winds, planes are being continually directed over precise routes that impact residents living in neighborhoods of West Cambridge, Arlington, Belmont, and Watertown. For more information on how to take action, volunteer, and contact various officials, see: http://www.bostonwestfairskies.org. Post-meeting update: A MassPort Community Advisory Committee has been created and will include residents from Cambridge, Belmont and neighboring towns. Read more here: http://willbrownsberger.com/massport-community-advisory-committee/

Historic Garden Preservation: Porter Square residents Gretchen Friesinger and Andrea Wilder, representing “The Friends of Nolen’s Knights Garden,” asked for help in saving this historic public open space amenity that is adjacent to St. James’s Church. The garden is located near the corner of Beech St. and Mass Ave., an area where there is little public green space. The Knights Garden is threatened by a 46-unit condo complex that includes church offices. Interested residents can learn more about the Garden friends’ ongoing legal challenge by visiting their website: www.nolensknightsgarden.org.

Difficulties for Alewife-area pedestrians: Kathy Watkins, who lives in the Atmark building on Fawcett St, reported great difficulty in being able to walk to the Alewife T station and Fresh Pond malls this winter. DCR is responsible for clearing sidewalks along the Parkway, and snow remained uncleared for long periods of time. Residents are trying to work with the Atmark property owners to address this problem next winter.

The public’s role in the master plan process: Bob Simha, FPRA Board Member, spoke about a process for successful planning of the Fresh Pond/Concord-Alewife area that needs resident stakeholders to be proactive, such as at least developing a list of criteria for elements in the plan. Waiting to respond to piecemeal developer proposals will not yield important integrated planning, such as around transportation, open space, and climate change. Reaching out to work proactively with neighborhood residents, including in the Cambridge Highlands and condominiums along Concord Avenue, was urged.