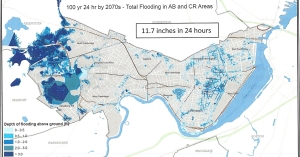 The Fresh Pond/Alewife area has always been vulnerable to flooding, even without the looming threat of rising sea levels and increased precipitation predicted with climate change. As our area comes under intense development pressure, the FPRA is concerned with how to design new buildings and retrofit established neighborhoods to withstand periodic flooding and how to protect sensitive areas like Fresh Pond Reservoir (the city’s water supply) and the Alewife Reservation (a protected wetland habitat) from increased, polluted stormwater runoff. For over two years the city has been preparing a Climate Change Vulnerability Assessment that will inform new planning and building regulations as well as emergency response measures. The interim results will be presented on Tuesday, March 17 at 6:00 pm (NEW DATE) at MIT in the Stata Canter’s Kirsch Auditorium.. And, if you think a warming climate will mean fewer massive snowfalls like this, read this article on research by an MIT climate scientist.

Please use comments section to add your questions to the ones below: 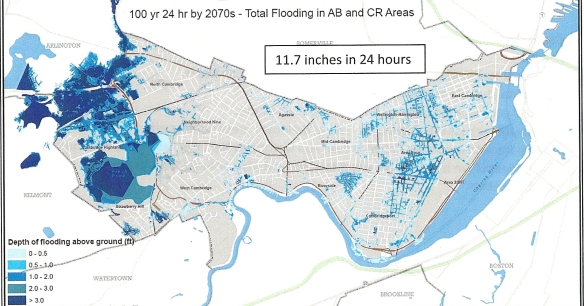 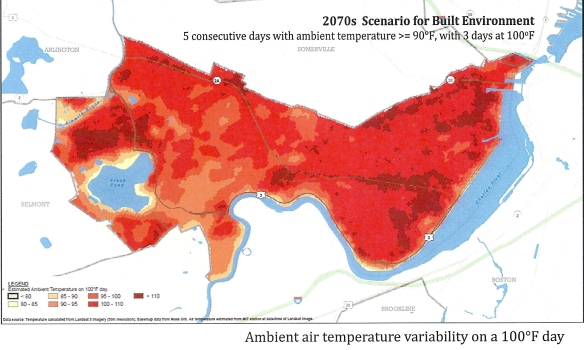